Shy of knee-high on the 4th of July

The corn, that is!  But our subsequent heat spike two days later put the corn into high gear and it’s beyond knee high now.  Not to left behind are the squash, melons, and tomatoes; the cucumbers are a bit slower.  Basil seedlings have been thinned once, having grown 3 inches in two weeks, and are nearly ready for another thinning.

With the peas pulled out, the oldest row of bush beans has put on height and flowers, though the mesclun mix is not so pleased with little shade.  Most other lettuce is now removed, having taken on tree forms.  The beets and Swiss chard seem to be the most bothered by heat, showing parched outer leaves at times.  They will appreciate a drop to more normal temperatures with cooler, cloudier mornings, as will the stepping stone Scotch moss.  A little less watering to do, thank you! 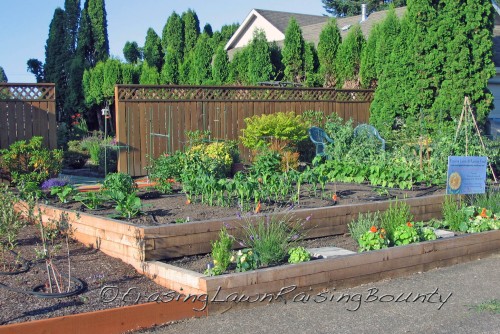 Shy of knee-high corn on 4th of July 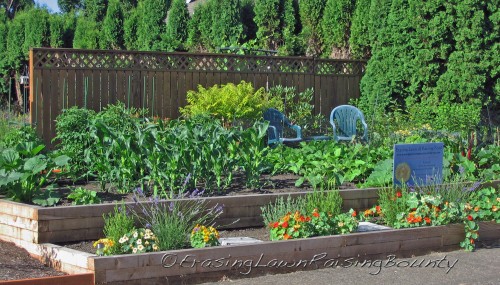 After a week of HOT temps, think things have grown a bit?!